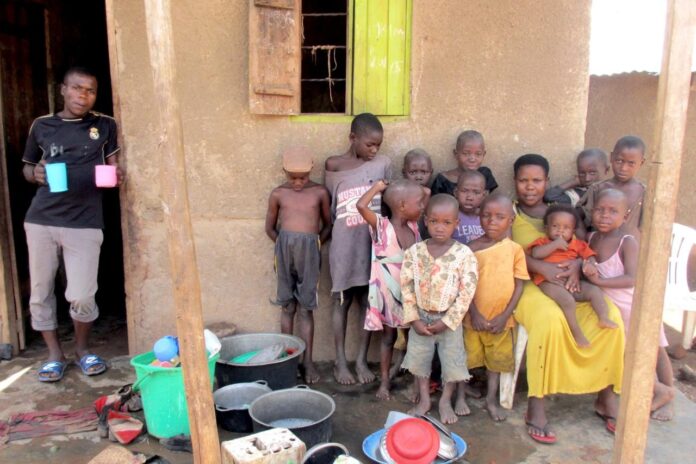 Mariam Nabatanzi had her first twins when she was only 13 years old and alone as her husband left her. She was the sole earner to feed her kids for years. But when she was 36, Mariam was the mother to 42 more children, which probably makes her the most fertile woman in the world.

Mariam is now 41 years old and she is suffering from a genetic condition that makes her deliver multiple children at a time. The mother of 44 children was literally begging doctors to treat her ever since she was 23 years old.

Also read- 500,000 Deaths by Coronavirus but Trump Administration Urges the ‘Situation’ is Under-control

Among these 44 kids, she has three pairs of quadruplets, four pairs of triplets, and six pairs of twins. In all these years, she is trying to manage their expenses by doing multiple jobs at a time.

At 12 years of age, she was married to a man who was 28 years older than her. After one year, she was a mother to her first twin children. But after her husband, things were extremely difficult for her making her live in a tiny home with a iron false ceiling.

About her medical condition, some doctors say that it is because of a birth control pill that she was using. Maybe it’s the side effects of that medicine which could cause a size increase in ovaries.

After her first twins, Mariam experienced multiple childbirths at a time. At the start, it didn’t look like an odd thing. In Uganda, the family size is considerably larger than the US and Europe. However, not all women in Uganda give birth to twins, triplets and quadruplets every time.

Having 5-6 children per family is a normal family size here. But for Mariam, her family size is probably 8 times more than this normal size. When she was 25, she tried everything to stop having more children. But almost every doctor to whom she went failed to do it.

It was a medical device to get pregnant every now and then because Mariam’s ovaries were much larger than average. Finally, her last pregnancy was almost three years ago. And it was her sixth pair of twin babies.

Mariam says that most of her time passes after taking care of her children and working to feed them.  Three years ago she finally decided to put a stop at her pregnancies and she is happy with her decision.

Dr. Charles Kiggundu is a gynecologist who works at Mulago Hospital in Kampala city of Uganda. According to him, Mariam has a hyper-ovulation disease which means her body was releasing numerous eggs at the same time. And it is one of the biggest factors to have multiple sets of children.

The most fertile woman in the world says that she would never be a mother again.  She even told that she asked her doctor to cut her uterus so that she could never get pregnant again.

But this decision would never affect her dedication with her existing children. Mariam says that she will do anything for their comfort and support.

Mariam is now working as a hairdresser, as well as an event decorator. She occasionally picks the metals from scrap and sells it too. She is also working on a small brewery to make a gin and some local herbal medications.

A New breakthrough finds a Way to Inhibit Cancer Growth