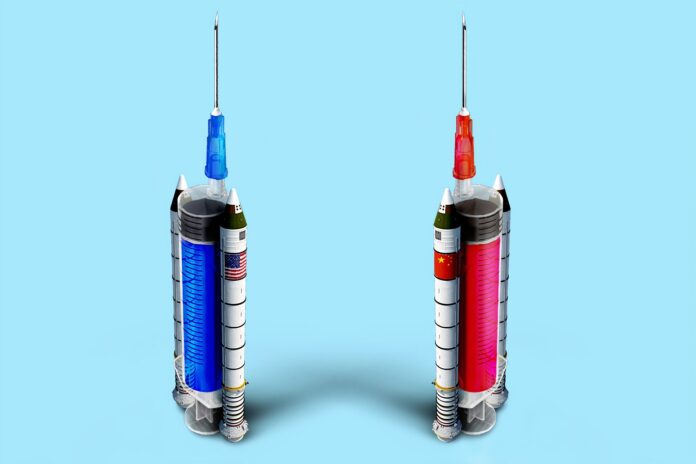 As the United States continues to keep afloat during the coronavirus pandemic, with soaring infections and nearly 300,000 people expected to die of coronavirus by the end of this year alone, it is hard to believe this is the same country that ranked first place last year in a survey that ranked the best-prepared nations in the world for “high-consequence and globally catastrophic biological events”.

The pandemic response in the US did not fair as expected and its shortcomings are not well known globally. Their delay in initiating diagnostic testing inevitably prolonged the transmission. The country did not have enough testing materials, devices, drugs, and personal protective gear. Americans also disregarded the importance of wearing masks and did not abide by guidelines set in place or their protection.

Also Read: Ethical Concerns should not be Ignored During COVID-19 Vaccine&#8217;s Human Trials

To better understand how the United States fell short in its response to the pandemic, one must see the lack of public health tools and expertise at the disposal of those that need it.

It is interesting to note that some believe that the patterns of a weak public health infrastructure eventually led to the failing attempts of the country to curb the transmission.

Only 3 percent of the country’s resources that are granted to the health care is received by local and state public health efforts, which means that these agencies not only lack the funds to be competent but also suffer from a reduction in both staff and expertise.

With the looming threat of the coronavirus at large, there was little that the government could do to stop it let alone know how to control it amid the already fuelling political climate. Many state and local health officials however including mayors, governors, and county executives have come up with well rounded responsible responses to the coronavirus pandemic. While this is commendable the larger picture remains unchanged: without clear leadership during a health crisis, a country can not hold well under the pressure.

The most successful tactics against the coronavirus pandemic came from those that immediately took to senior public health experts or took advice from the World Health Organization. Doing so they were able to understand their positions better and attempt to make their preventative and control measures more effective against the coronavirus threat.

The refusal to acknowledge how dire the consequences were of not controlling the disease, led to some countries fairing worse than others. Some countries like the United States tried to rely on the prospect of warm weather eradicating the novel virus, needless to say, that did nothing but worsen an already grim situation.

The consequence of many quiet actions eventually added up one of the worst outbreak numbers in the world and the United States became one of the hardest-hit countries by a coronavirus. Early in the pandemic, officials from the Department of Health and Human Services declined a golden opportunity to buy millions of masks from manufacturers inside the US. This action resulted in a lack of masks when they were most required.

The Food and Drug Administration (FDA) commissioner was also reportedly known to consider meeting with large diagnostic companies regarding testing capacity but was pushed to not do so.

The magnitude of a crisis this large was severely understated in the efforts done against it. It only goes to further enforce the point that a country must take into account the advice of public health authorities when responding to a health crisis that can be foreseen to have dire consequences. It is also important to stress that public health investment only means the best for a country.