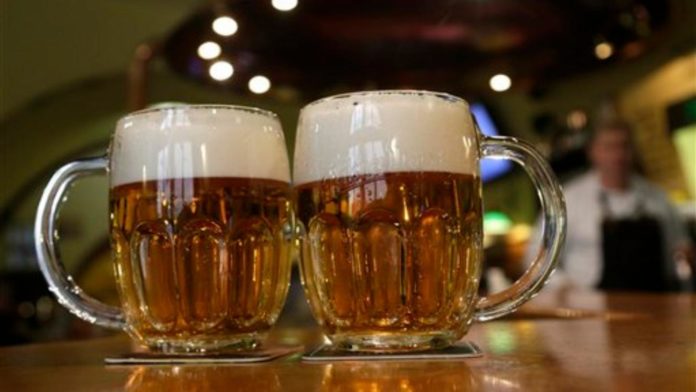 Beer is a popular alcoholic beverage and like other alcohol-based drinks, it is not considered ‘healthy’. However, the new study reveals some shocking details on taking beer daily that it could save a person from sleeping disorders i.e. insomnia, stress linked disorder, memory linked disorders i.e. Alzheimer’s, dementia, and even obesity. It suggests that contrary to the popular belief, there are hidden health benefits of beer against certain medical conditions.

Also read- South-Asian People are at More Risk of Coronavirus

This new study highlights that this brew is loaded with some vital probiotics that ensure the good health of its users. Considering this, the daily intake of beer could lead to a healthy life with reduced risk of certain diseases.

By going through a number of samples, the research team finally concluded that the strong Belgian Beers, for example, Hoegaarden, Westmalle Tripel, and Echt Kriekenbier have the most amount of probiotics in them. Hence users can enjoy the maximum health benefits of beer by consuming any of these beers daily.

These health benefits of beer are typically related to risk factors that could trigger Alzheimer’s, dementia, autism, insomnia, and even bowel cancer. Unlike many other beverages, some beers are fermented for two times; one of these is the typical fermentation that creates alcohol, the second fermentation takes place inside the bottle, once it is packed. This double fermentation increases the health benefits of beer as the number of probiotics increases drastically.

During this second fermentation, not only the alcohol formation increase but the secondary yeast strain also makes sure to kill all harmful bacterial strains. It ensures user safety and problems associated with half fermented beer. It implies that the health benefits of beer are also somehow connected with the secondary fermentation.

Probiotics are the ‘good bacteria; which offer certain health benefits when a person takes them orally. They are naturally a part of certain fermented foods such as yogurt but people prefer to take oral supplements of probiotics to improve their gut health.

Bacteria are often considered ‘bad’ for health because of their disease-causing abilities. But not all bacteria are bad in fact bacteria to help to process food, prevent diseases, and release certain vitamins.

These probiotics are different from the prebiotics. Prebiotics are food components that help to increase the activity of microorganisms such as probiotic bacteria.

Dr. Eric Claassen is a Microbiologist who teaches at Amsterdam University. As to him, a high concentration of alcohol is not healthy for the human gut. However, if a person decides to take one beer can every day, the user might experience certain health benefits of beer. In a way, it is good for health, especially metabolic health.

Another research by the team from the University of Nebraska (USA) also came up with similar findings where they were able to detect up to 50 million probiotic bacteria in bottled beers. In addition to this, the NHS also endorse the function of probiotics for reducing irritable bowel symptoms in patients.

fermentation was in practice for thousands of years to prevent food spoilage. It not only preserves the food but also increases its shelf life. Taking account of the current researches and past events, it appears that there are indeed some health benefits of beer if someone takes it daily.