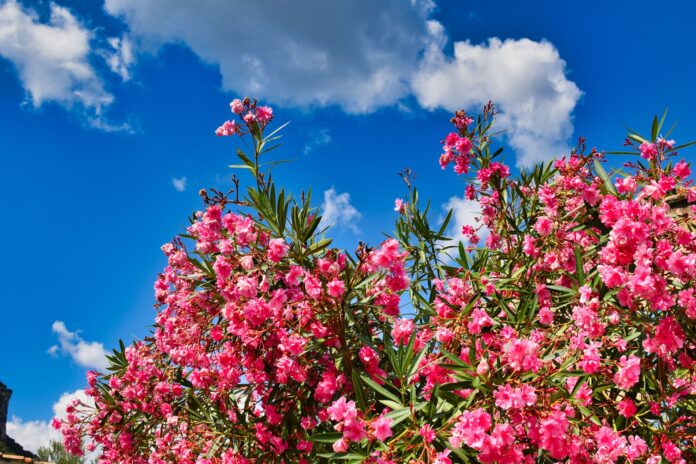 While most vaccine makers around the world reach later stages of their vaccines, a new cure has been pitched to President Donald Trump.  A Trump donor and the Chief executive of My Pillow has laid claims stating oleandrin is the mystery cure for the coronavirus.

It is important to note however that no studies have proved its effectiveness or even its safety for that matter. What is known about the substance is the fact that it’s derived from a poisonous shrub.

Mike Lindell is the chief executive of My Pillow. He is also notably a significant donor to Trump, according to Lindell President Donald Trump appeared enthusiastic about Oleandrin when he was told about it at a meeting at the White House last month.

Mr. Lindell believes the drug is a miracle in its powers against the virus. He does however have a financial stake in the company that produces the drug, he is also a board member for the company. When asked what Trump thinks about oleandrin, he replied saying they will look at it.

The untested substance however has since alarmed scientists when they were made aware of the claims being made regarding it. No studies have thus far discovered oleandrin to be safe or even effective as a cure for the coronavirus. Experts are unsure of what dose might be suitable if the supposed substance was used as a treatment, they do however warn that swallowing even a little bit of the shrub where it comes from is capable of killing a person.

Cassandra Leah Quave is a medical ethnobotanist at Emory University. She advises that people not mess with the plant.

A little background on Oleandrin shows the substance is derived from a beautiful, Mediterranean shrub that flowers. The shrub is called Nerium oleander and is a sought after shrub for landscapers and has caused plenty of cases where people accidentally poisoned themselves with it. Oleandrin is a chemical responsible for making the plant as lethal as it is.

Dr. Quave also reminded people of its toxicity by describing the plant it comes from. She among other doctors and scientist describe the plant to be most dangerous since eating any part of the plant can cause unstable heartbeat in both humans and animals and can eventually kill them. Even if a person or animal ingests a snail that previously fed on the leaves of the plant can end up facing dire health conditions and eventual death.

Robert Harrod is a professor at Southern Methodist University. He has been among those that studied oleandrin’s possible potential in being effective against a type of leukemia. Harrod understands why poisonous plants may spark interest as possible treatments for diseases but using oleandrin as a cure for the coronavirus has only been an idea so far. He is among those who hope that it will work against the virus.

An unpublished cell study that involved two employees of Phoenix Biotechnology is a San Antonio based company in which Mr. Lindell holds a stake in. According to the company’s website, they have been studying the benefits of the health of oleandrin for as long as 20 years.

According to the study, oleandrin can restrict the coronavirus in cells of monkeys placed in a test tube. These in-vitro experiments however do not show much, according to those who partook in the study.

Scott Weaver is a virologist at the University of Texas Medical Branch at Galveston and is also one of the authors of the study. He said in a statement that carrying out tests of antivirals on cells is only the beginning and tests can only be proven to be promising if they are followed up with animal testing. He also reminds people that it is not unusual for drugs to appear promising during the beginning stages of Vitro testing but much goes wrong later due to varying reasons.

Though Mr. Lindell has been reported to claim that oleandrin was in a study involving 1000 people and that it was discovered to be safe. This, however, is misleading as there is no available study data that shows oleandrin as a safe treatment for coronavirus and neither has it been carried out on any group as large as the one stated.

Therefore guaranteed claims can only be made if sufficient data is presented including those from clinical trials that evidently ensure the safety and effectiveness of any drug.