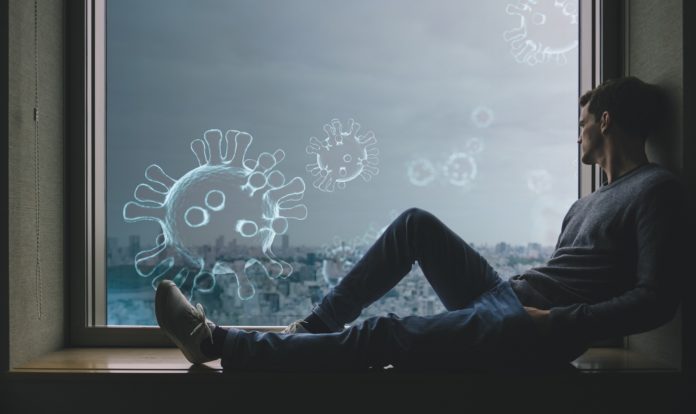 The year 2020 took a toll on Americans. A poll compiling data for unhappy Americans shows US is the unhappiest it has ever been in 50 years.

The COVID Response Tracking Study, carried out by NORC at the University of Chicago concludes this troubling data. The study shows only a small 14% of adult Americans feel very happy this year. In 2018 the number stood at 31% of Americans who said they were happy. The same year, 23% of people felt isolation in recent weeks but now the number stands at 50%.

The survey took place late in May. It drew research from about half-century worth of data. This came from the General Social Survey that collects important data on the attitudes and behaviors of Americans. They carry out this survey each year since 1972.  Below 29% of the people in the survey say they were very happy.

A large amount of the recent survey took place before the death of George Floyd. His death pushed protesters to the streets, forcing a global discourse on police brutality and racism. Speculations consider this to be adding to the stress and loneliness to Americans.

Also read: Racial Discrimination May Cause Depression in Black Teenagers

Stressors for Americans include incidents of racism, particularly for Black Americans. Coronavirus outbreak is also part of the many stressors responsible for unhappiness.

US is the unhappiest it has ever been and it comes as no surprise. COVID-19 has contributed to a death toll of over 116,000 people in the US alone. Restrictions and lock-downs for safety leave people struggling mentally and financially. Millions of Americans face unemployment this year, leading the economy into a recession.

In light of these circumstances, the survey comes as no surprise. Life in the pandemic, new poll findings show many other areas that help our understanding.

The findings show the public is less hopeful about the improvement of living standards. In comparison to the last 25 years, hopelessness for the future of the next generation has now grown.

The percentage of people that belief their children as adults will have a better living standard is only 42%. In 2018 the percentage was a good 57%. Since 1994, the second-lowest recorded percentage is 45%

America is the unhappiest yet even as we compare surveys after the assassination of John F. Kennedy in 1963. The unhappiness that followed the September 11 terrorist attacks is also on the table for comparison. These tragedies had adverse effects on the happiness of Americans. In comparison, the intensity is less this year with fewer increases in smoking than the usual. Bouts of crying and dazed feelings are fewer in comparison.

Today US is the unhappiest twice as much as it was in 2018. It is not surprising as the lockdown is contributing to drops in social activities. The inability to meet or form new relationships because of social distancing also contributes.

Louise Hawkley finds the loneliness number surprising. Hawkley a senior research scientist with NORC at the University of Chicago says it could be higher.

People have found ways to remain in connection with other people, she says. It may not be very satisfying but it helps to regulate the feeling of loneliness.

A psychology professor says people can adapt to circumstances and better ways.  Sonja Lyubomirsky who works at the University of California, Riverside adds some people who are happier than last year.

National Science Foundation funds this survey of 2,279 adults; it took place from May 21 to day 29. The sample error margin for all involving participants is minus or plus 2.9 percentage points.