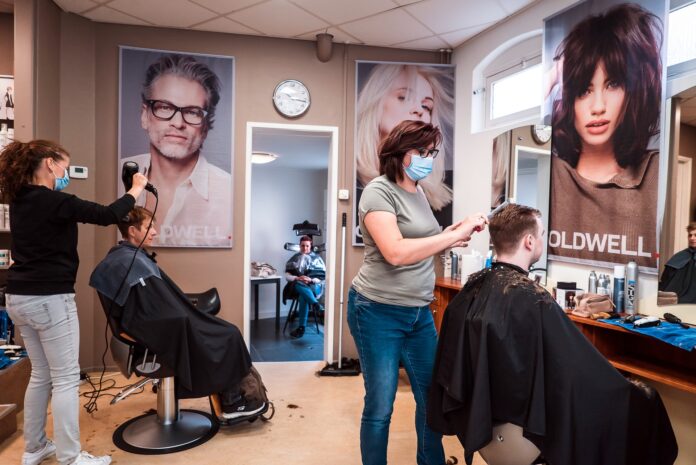 Today the UK government officially announced that masks are made mandatory for shoppers nationwide from July 24. Boris Johnson aims to prevent another wave of coronavirus as lockdown restrictions are lifted. He aims to do this by fining anyone who refuses to comply with the new rule.

The new coronavirus rule comes just in time as ministers received criticisms for making contradictory statements on the requirement of masks. Boris Johnson says masks are made mandatory for shoppers as it can be seen as an important insurance policy to stop the spread of this lethal disease.

Health Secretary Matt Hancock confirmed the legitimacy of the news. He told the House of Commons that there is substantial evidence that supports the wearing of face coverings and this can encourage people to shop without fear.

He believes that shoppers may feel more comfortable and confident to return to the high street if they wear face coverings that can help protect them.

Each individual has a moral duty to help the nation recover and also to protect themselves if they choose to shop.

Now that masks are made mandatory, Mr. Hancock says shops can rightfully call the police on people who refuse to wear masks as no one enjoys any exemption from this rule besides kids under 11 and those who are differently-abled and cannot do so.

The PM announced ahead of today’s report saying this rule will go in effect from July 24. He says it is important for people to wear masks in shops because shops are confined spaces and a face covering should prevent any further risks.

He emphasized that as much as people should protect themselves they should also grant other people that opportunity by wearing masks as a preventative measure.

This statement came after the Government received accusations on not taking the issue seriously and making statements that contradicted.

George Eustice is the Environment Secretary. He has attempted to defend the delay on supplying face masks saying the evidence to support their use has changed even though several European countries had already made them mandatory to be worn months before the UK.

He was reported to say that matters have changed and that since evidence and research are evolving so are the guidelines updated on the WHO page which he said had changed its guidance back in June.

He admitted that as the country decides to loosen lockdown measures and allow more spaces to reopen, a set of measures need to be set in place to control the coronavirus. He further says that staffs at supermarkets, shops, and enclosed spaces already wear masks or visor shields as a preventative measure.

Retailers have already taken the big step to have their employees wear face coverings so it’s not unreasonable for us to require the public to do the same, he says. The new rules he says will take another 10 days to be implemented therefore businesses and people will have enough time to prepare.

The PM regarding the new rule said he changed his mind because the value of face coverings in the fight against coronavirus was confirmed to him after reviewing the scientific evidence that supported them.

Dr. Venki Ramakrishnan is the President of the Royal Society, he says evidence has changed and face coverings are strongly encouraged and recommended especially in spaces where people are in close proximity.

He said it was only common sense to make people wear masks not only on public transports but also in shops which can also be sources of transmission. Dr. Ramakrishnan says the virus doesn’t have preferences, it behaves the same in all places therefore precaution is due everywhere.